Music or The Lack There Thereof 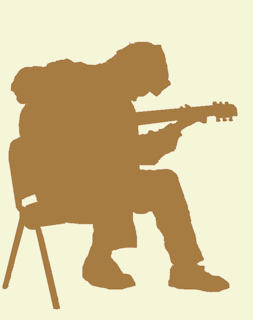 I'm almost positive there are less than 3 people in the world which would say they dont' enjoy music. Music is a created order from God made to worship him. However, humans have taken music to the extremes of composing songs of all sorts of genres and meanings. Music is orchestrated in genres stretching as far east as death metal, and as far west as classical. You can never find an end to genre either as an artist. In fact, genre affiliations are starting to disappear from association with musicians. Musicians are starting to describe their music as a mixture of about three known and already existing genres. The combination of artists to form a band can result in many different potential types of classifications of music.


I spent my summer discovering how hard it was to use my talent at guitar to lead young people in what we call a praise band.  The music we played as a band would be in the "contemporary praise and worsip" genre.

First of all, in a praise setting you want to be sure that your band members are there for the right reasons and are spiritually sound and aware.

Second: In a band, you typically want to make sure everyone is on a similar skill and experience level on his or her particular instrument.

Third: People have to get along in order for the band family and atmosphere to be healthy and productive.

Once the music begins to emerge, every mind that is controlling an instrument has to fall into a rhythmic pattern of beat, melody, harmony, and vocal pitches.

If all this comes together accurately, you might be succesfull in leading worship in a pure manner.

Being in a band is awesome, but can be very stressful, especially when you have the weight on you of knowing that it shouldn't be about your performance, but about leading people in performing worship for God. That's a heavy responsibility.  All along though, in the back of your mind you know that if your performance is off, people aren't really going to be focusing on what they should be, they will focus on: "What the heck could possibly be stuck in that guys throat?"

Through my constant involvement in playing and singing in front of groups and crowds this summer, I have overcome my fear of singing and playing in front of only a few people, outside of an official setting. Singing in a microphone on a stage for me is much easier than propping a boot up on a chair in a living room for some friends to gather around and hear you go at it. Every time my roommates would ask me to play a song in the living room at a gathering, I would either change the subject or have to suddenly be somewhere else. Holding a guitar in front of my father is always awkward, because he says..."Play me a song son!"
"No Dad."
"Play a song or I won't pay for college!"
"Dad, I don't know any songs."
This can continue anywhere from 15-45 minutes, and it usually ends in a grumpy father and a half played, nervous tune that I would be ashamed to call music.
I have decided that from now on, if someone asks me to play, I'm going to start singing and playing before they can finish the question. I got the opportunity to play guitar while a girl sang in an empty sanctuary last Sunday. She had one of the best live voices I have ever heard in my life, but she was so reluctant to singing because she didn't know what song to sing, or what key to sing it in, or blah blah blah. Once she finally sang, I knew that she could have sung the Communist Manifesto and it would have been great. From now on, if I'm asked to sing or play, I'm doing it without hesitation. The awkwardness of trying to avoid playing when asked, but eventually doing it after thirty minutes of pressure can this easily be avoided.  If you have a small amount of talent on an instrument, you can entertain enough. Moreover, if your music isn't magical, people will forget about that note you missed within an hour. So what? Anyone who makes fun of a person who is trying to learn the skill of singing or performing probably can’t sing happy birthday. In that situation, you hand them the guitar, or microphone, and say..."Your turn."

Six strings and typically a minimum of eighteen or so frets can produce so many different sounds and combinations of notes and chords. Music is truly an insane "movement" (<----this is how I like to describe it) that I'm not sure will ever have an ending. I don't think that one day somebody will ever be able to say, "That's it. People have composed every possible note and sound that can be made." It just won't happen.  Get ready for new and more exciting sounds coming your way.

Get the boy a dog for goodness sake

Not long ago I was in Walmart walking around, and I hear a mother trying to influence her son to pick out a video game he wanted.  The boy seemed very uninterested.  She kept saying, "Pick one out, because you aren't getting a dog for your birthday."  I didn't think about it much at the time, but later it started to bother me.

The boy seemed to be about 8 or 9, and was old enough to understand how to take care of an animal. Every child should have some sort of pet growing up.  I'm not sure if the family had other pets or not, but they seemed to be the type of family that wouldn't.  These types of people that you imagine them in their home and they have very nice furniture, appliances, and lots of groceries in the fridge.  The Dad works all day and through part of the night, the mom works until she has to pick up the kiddos from school. The kids play video games all day, and text, and watch YouTube videos, learning how to be cool.  Poor kids. Any child who would rather have a dog than video games deserves at least a pet of some type.  My judgemental mindset is flaring right now, but I can't help but wondering what these parents are thinking.  Pets teach kids that they have to look out for something besides themselves on a daily basis.  A kid without a pet has no one to think about but his or her self (not saying kids without pets are bad kids, but they may not have a main source of responsibility).  Teach a kid to fed and water and exercise an animal, and they learn how to sacrifice themselves for others. 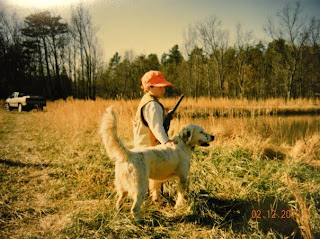 My buddy in high school was fascinated with ducks.  Each morning he would wake up early, and like a 50 year old man he would make a pot of coffee, go out to his pond and feed his ducks.  He would watch the ducks, take pictures of the ducks, tell the dogs to get away from the ducks, and think about what kind of ducks he was going to buy next.  He knew that those ducks would be eaten or they would fly away without attention and proper care.  My buddy was not a selfish person.
Buy your kids a dog. Or a duck.

I don't understand how ridiculous human minds can be. My body cannot move, but my mind is running 1000 miles per hour. All that is on my mind is the topic of the conversation my friend and I had tonight. LET’S MOVE TO IDAHO.


Why Idaho? I have no idea. Is it the wilderness, the elk, the fly-fishing, or the potatoes? I think mostly it’s the idea of moving away from North Carolina.  Idaho's geographical location is extremely fascinating to me, as it is on the east side of the Rockies and filled with rolling plains on the west side. I love North Carolina (this is where I live), but as I sat in the 95 degree humidity at 8 in the afternoon last night, I soon discovered that I would love to move to a new location, with cold winters and mild summers. I want to move to Idaho, find a job, buy some cheap land, and start a ranch.
All I want to be when I grow up is a stinkin cowboy. I want to wake up every morning, look across a prairie and say "O my goodness the cows sure did go far last night. Better go get them". And that’s it. I want this to be my job. Thrilling right? I want to ride around on my horse wearing a canvas jacket, and shoot an Elk from a mountaintop. I want to constantly be a little on edge, wandering if a cougar has been stalking me for weeks as they say they do. I want to fly-fish in the creek that runs through my property in the afternoons, and I want to sit on the porch of my farmhouse at night and play guitar. I want my dog to hop in the bed of my truck as I go to town to see the Butcher once a month. I want to walk into his kitchen and say, "How ya doin’ Bob? Here’s twenty more, grass fed cows, free of hormones. Pay up!" If I can get married along the way then great, but you tell a plan like this to a woman these days and they tell you let’s just be friends. Who cares?

I'm so scarred of getting sucked in to a typical after college career climbing an endless ladder. I’m at the point in life where I'm sitting around at the bottom of thousands ladders thinking to myself, "I don't know which one to climb..." Typically, I step up about three or four rungs and jump back down because I discover the ladder is too steep, or shaky, or is resting on a rotten roof (metephorically speaking). I want to build my ladder, putting it together gradually as I get comfortable at the heights I am at. I want to move away from all the sketchy ones, and climb mine at the pace that I want. Too bad this idea of thinking is what we refer to as "fantasy".
Think again, society, because I will work a typical after college job. At least until I can save the money to move to where I want and become a Rancher. This is where my ladder begins. Now I understand there are very complicated issues and expenses to deal with in the situation of buying land and starting a ranch, but to be general, think about this:

A typical, middle class home in major cities of NC runs anywhere from the 130k mark to the 400k mark. This type of money will buy you a beautiful little home in a new housing development right off the side of the beautiful interstate. You will have a pool, a gym, you will drive a mini-van, and you will take a weekly trip to Costco to find something healthy and nutritious for dinner. And, you can do it all with a total minimum salary of about 75,000-100,000 dollars between you and your lovely soul mate. You will be in debt, but you can do it.

Be sure and look at all of these so we see what we are missing. I love Gods Earth.

This is the end of my ladder: 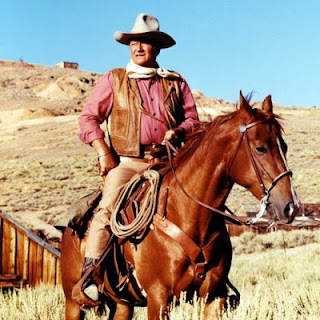